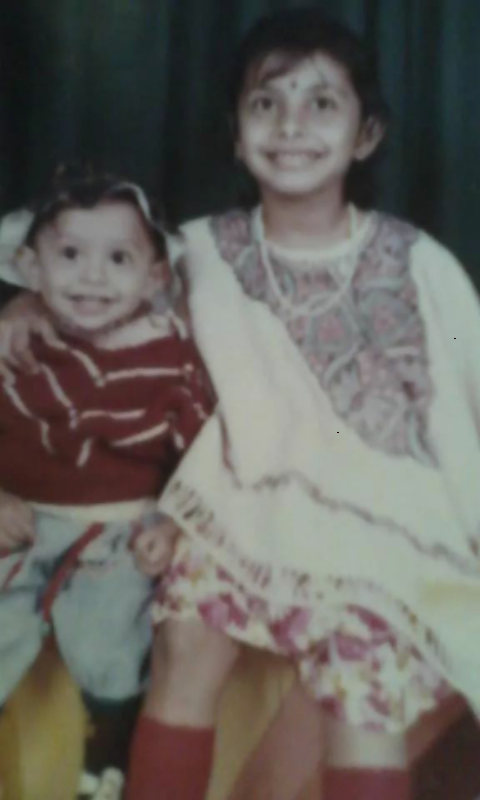 Shall we run! roll over and jump the fence!!?
Said the boy of three with a twinkle in his face
The building is under construction
The windows still french....

Hand in hand now they go
Giggling laughing spreading innocent mischief
The girl in a pleated skirt and two pig tails hardly made
The boy in shorts all tidy ready to be spoilt
They go like the breeze, laughing,
Eyes wide open in an animated merriment.

"Don't run kids, you will fall!"
Says the old mason shaking his head
They look back and stick their tongues out
The mason's laugh fills in the bricked room.

Brother and Sister, all of three and nine
The elder sister the guide,
The younger brother the mischief.
Th boy stumbles and falls
So does the girl to match his goofiness
Together creating a clumsy harmony
Laughing while asking to keep quiet.

Hair disheveled cheeks flushed
They stand all soiled
The mother all furious,
Dad's the saviour.
"Let's run!" chirps in the girl
Being older, the better she knows the wrath.

They giggle and stumble and run again
While the proud Mother feigns anger
And the Father runs to be a child again.