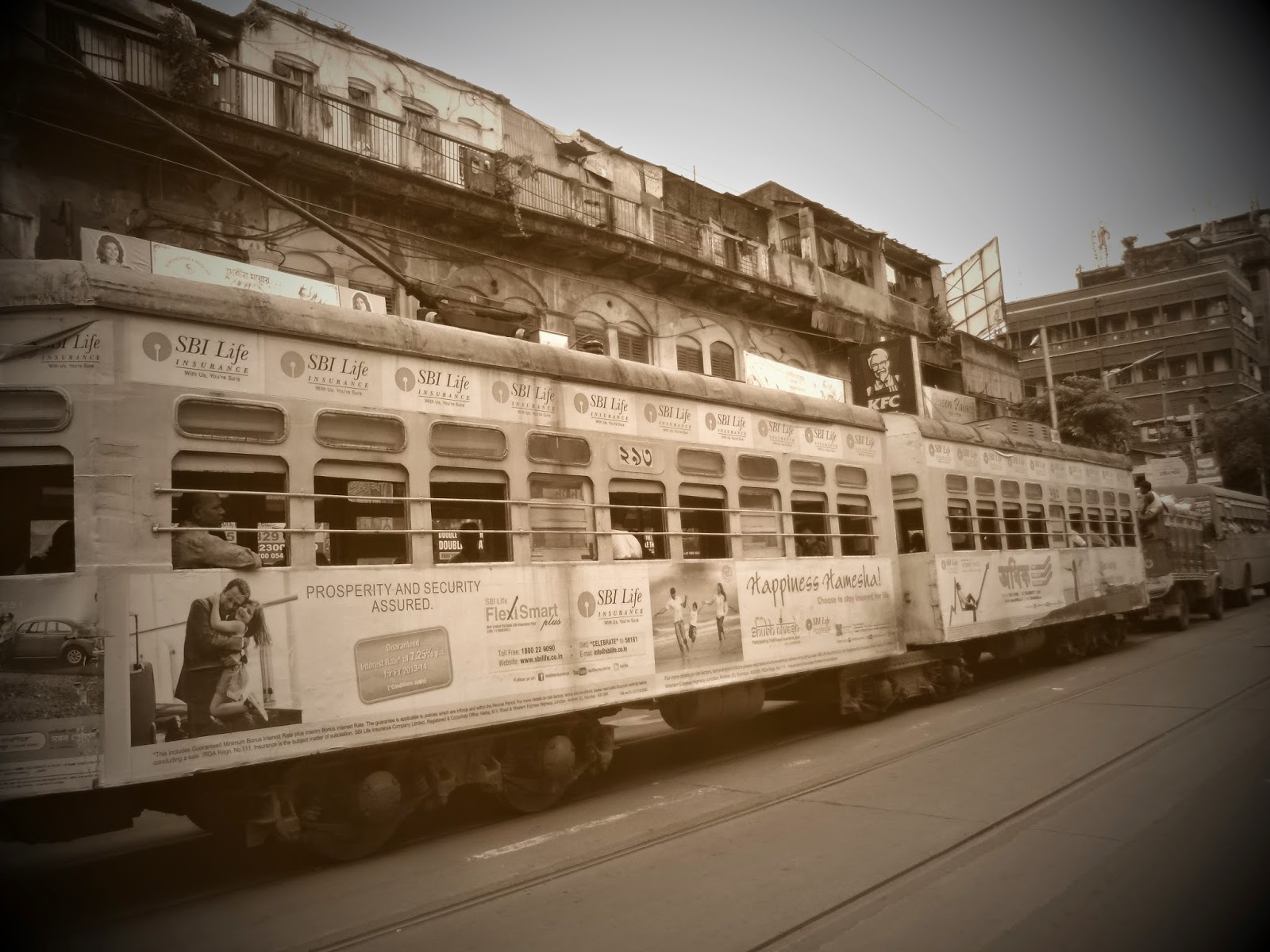 "Hello, Nirvaan!  I have not seen you for a long while, hope life is treating you well,  my old friend." her voice sounded benevolently frozen.

I couldn't help it, the song "Hotel California" played in my mind "Welcome to the Hotel California...". For some unknown reasons I was dead scared. Nandini, the nerd Nandini was sitting in front of me in the tram. I had seen her last some twelve years back. She was a timid and unassuming girl. she was almost invisible.

I remembered the day when I last saw her. She was sitting in the library trying to solve an equation in calculus. Poor thing she wasn't good looking neither was she good in studies, she was just an average. She used to steal glances towards me. Friends said she had this huge crush over me. So, that was the day we were playing truth and dare and my dare was to go and propose her and make her believe that I was madly in love with her.

"I love you." I said as I approached her. She looked at me quizzically
"All Right" she said and went back to her books.
"You have to believe me I really love you." I said sitting there opposite to her and holding her hand.
"Leave my hand." She said snatching her hands back and quietly stood up to leave.
I stood up, walked up to her held her hand and went down on my knees, "I REALLY REALLY LOVE YOU!" I said aloud and my voice echoed in the big hall. Thankfully the Librarian was not there. I was happy to win another bet. She will surely fall for this. What does she want more? She was plainer than the plain Jane and I was the School Head Boy, the most popular and all in the school. She will say yes and I will win the bet.

"Have a nice day." she smiled and went away.

She never was to be seen ever. Some people said that she went mad thinking that I proposed her. Some rumours said that she had declared that day that she has a boyfriend (me) and her parents took her out of the school and sent her to another city and she got married after three years. The day she turned eighteen. Rumours about her followed from her being a drug addict to an ugly fat woman to her having five kids. Some also said she went crazy and committed suicide.

"How are you Nirvaan, What brings you to the city?" she said. Her voice brought me out of the flashback.
"I....I a...m g..ood." I stammered out. I saw cold sweat gripping me in the month of December.
"You are sweating. I know Kolkata winters are nothing compared to the winters you are used to but still you shouldn't ideally sweat. Any ways  Cold or Heat I feel nothing....It has been so for the last ten years." she said her stony eyes moving from me to the window.
"What do you mean you do not feel!?" My mind was making all kind of assumptions. She looked so beautiful and so distant and something was so very wrong with her. She was different. I had thought of her often and felt a guilty pleasure that I can affect someone so gravely. She was a part of my numerous infamous legends. The girl I screwed without even screwing.

"After that day the life was not like that...my parents knew about my love towards you. I was supposed to say yes to you the day after but my Dad took me away to another town and locked me up for an entire year. everyday I used to write your name on the wall and my dad had it white washed every day. This went on for an year. After that I was not the same I was put into a Mental Asylum and I lived there for a year and killed myself." She said as a matter of fact and looked at me smiling.

I could not believe her last words ......"Killed Myself." I was looking at her as the tram dragged slowly through the lazy winter evenings of Kolkata. I was nearly in tears. I felt a deep remorse, a deep guilt in me. Had I not said that nothing would have happened. She would have been alive....

It has been one week since I met Nandini. I couldn't forget her face. I couldn't sleep properly. She was getting into my being. It was becoming an obsession.

My mobile beeped at the ungodly hour of 2:00 am. It was an email alert. The email was as follows:

Let's start with the beginning:

1. That day in the library I had heard your "Dare" so that is why I didn't respond. You people were so loud. I looked at you because you were good looking but was never attracted towards you. As a person I don't fall into love that easily.

2. That was my last day in the school. My Dad had got an offer from another city. Since I had no friends no one knew about it. I moved in to another town and resumed my studies

3. I met across one of the class mates over the social network and we are good friends. I had almost forgotten about you. He mentioned you and the rumours surrounding me. We had a good laugh and I almost forgot about that till I came across with you in the tram.

4. No, I am not dead, in fact I made up the entire story on the spot. Your Expression was sure the catalyst. My intention was of pure mischief and nothing malevolent.

5. I look beautiful because I am a late bloomer. Next time do keep your mouth shut on seeing me.

I am so sorry to bother you with that. If it is all right do revert.

Sure as hell I want to meet you and you owe me a treat for this.

Tell me when you are free. We will meet.

This post is a part of Write Over the Weekend, an initiative for Indian Bloggers by BlogAdda.